Teachers, September 15 is the beginning of National Hispanic Heritage Month! It’s always important to make sure your curriculum includes a variety of history, culture, and people. And now is a great time to highlight some of the Hispanic people who have made a difference.

We’ve rounded up the best ways to celebrate Hispanic Heritage Month in your classroom, including with Hispanic historical figures to teach your students about and children’s books written by Hispanic authors.

How to Celebrate Hispanic Heritage Month in School

First celebrated in the US as an awareness week in 1968, Hispanic Heritage Month was expanded to a 30-day celebration from September 15 to October 15 and signed into law by President Ronald Regan in 1988.

Today, Hispanic Heritage Month is an opportunity to appreciate and learn more about the lives, cultures, and histories of Hispanic people. Read on for a few ways you can celebrate this month with elementary school students.

One simple yet profound way to celebrate Hispanic Heritage Month is by teaching your students a little about Hispanic history, art, and culture every day. In a blog post, Spanish Mama suggests doing bite-sized lessons on Hispanic heritage throughout the month as a daily warm-up activity.

You could, for example, recite the poem “Ode to My Shoes” by Francisco X. Alarcón one day. You could also consider sharing a flag from a Hispanic country every day along with a fun fact.

Practice Counting to 10 in Spanish

Learning to count to 10 in Spanish can be a fun and engaging way to introduce students to the Spanish language. Use this video from the Miami Children’s Museum to practice counting to ten together.

When celebrating Hispanic Heritage Month with younger students, crafts can be a great option. This article at Mamiverse rounds up a variety of Hispanic-themed crafts for young learners, like making a quetzal (Guatemala’s national bird) out of a cardboard tube.

Learn About Hispanic Art and Music

Teaching kids about art and music created by Hispanic artists can help them learn about and connect with this heritage. The Smithsonian’s Latin-American Folk Music archive is an excellent resource for recordings and lesson plans about Spanish-language music.

For a social studies lesson, use this lesson plan from Creative Geniuses at Teachers Pay Teachers to learn about the art of Mexican painter Frida Kahlo.

Reading books by Hispanic authors is another effective way to celebrate Hispanic Heritage Month in class. These five picture and early chapter books make for great picks to read and discuss with students. 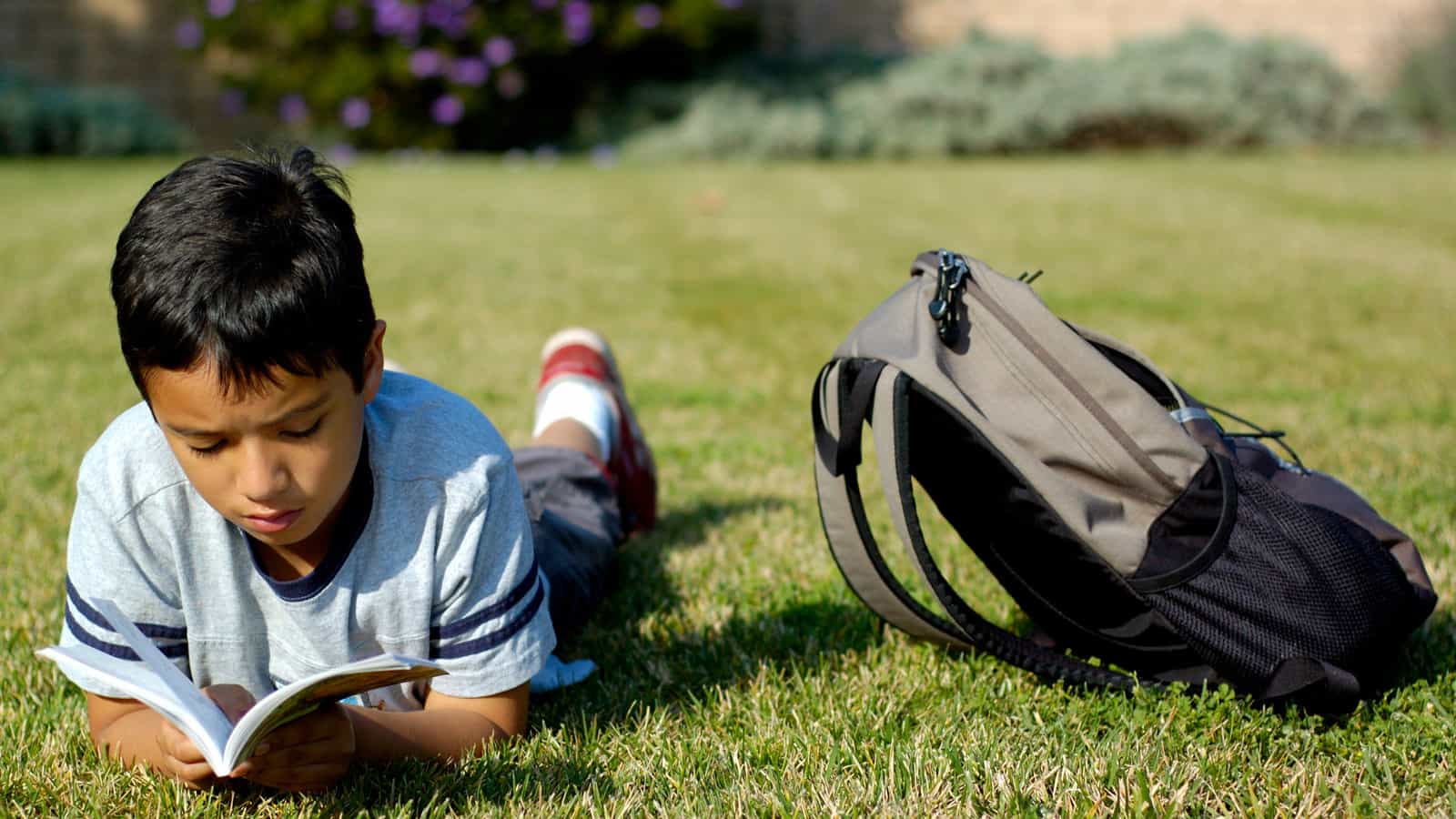 Luis the librarian brings his two book-laden burros into rural Columbian towns every week. Here, the children line up to find new books to read and say hello to Luis. This book is bilingual, with every line written in both English and Spanish.

2. Separate Is Never Equal: Sylvia Mendez and Her Family’s Fight for Desegregation written and illustrated by Duncan Tonatiuh

Sylvia Mendez was an American child with Puerto Rican and Mexican heritage. She had a strong desire to learn, but in 1946 she was denied enrollment to school, which was only available for white children.

Her parents and the Hispanic community took action against this injustice and fought for desegregation in their local schools. This picture book tells the story of their lawsuit in the federal district court and how, once they won, they were able to desegregate schools in California.

3. My Papi Has a Motorcycle by Isabel Quintero, illustrated by Zeke Peña

Daisy loves it when her papi takes her on motorcycle rides. Every day, Daisy notices she and her loved ones are changing in their own ways. At first, Daisy doesn’t like change. But through her motorcycle rides with her papi, she learns that no matter how things change, the love she and her family share will stay the same.

Margie wants nothing more than to fit in with her classmates. She avoids talking about her Mexican heritage because she feels it makes her different. But when her cousin from Mexico comes to live with her, Margie learns to appreciate her family’s culture.

Esperanza had an idyllic childhood on her family’s ranch in Mexico. But when she and her mother are forced to flee to California, their only shelter is a camp for Mexican farm workers. Esperanza struggles to adjust to her new life full of hardship, but she must rise above her suffering for her mother’s and her own sake.

For more book recommendations, check out our family reading list of the 10 best Hispanic children’s books.

7 People to Teach Students About During Hispanic Heritage Month

These seven influential Hispanic figures are perfect to include in your curriculum during Hispanic Heritage Month. From human rights to scientific advancements and charity service, each one stood for a cause that made the world a better place.

Dr. Ellen Ochoa is a veteran astronaut who, in 1993, became the first female Hispanic astronaut in space. To conduct important research about the ozone layer, she spent nine days aboard the Discovery space shuttle. Later, Ochoa served as the first Hispanic director of the Johnson Space Center and as a Director of Flight Crew Operations at NASA.

Ochoa was awarded NASA’s highest award—the Distinguished Service medal—for her work and, according to her NASA biography, has had six schools named after her. Check out the video below to learn more about Ochoa’s achievements in astronomy.

Cesar Chavez was born in 1927 to parents who, after losing their farm during the Great Depression, worked as migrant farmers. To fight for the rights of people like his parents, Chavez organized a series of non-violent protests during the 1960s.

His most well-known protest was the Delano grape strike and boycott. For five years, more than 17 million Americans boycotted grapes to speak out against the mistreatment of migrant workers. Chavez continued his work through the rest of his life and is remembered as one of the most prominent Hispanic civil rights activists.

Sonia Sotomayor is a judge who made history when former US president Barack Obama appointed her as the first Latina woman to serve as a Supreme Court Justice. She is also the third woman to have served on the High Court.

In addition to her legal justice work, Sonia Sotomayor has stood as an activist for Puerto Rican, women’s, and children’s rights. She has also written many children’s books on themes like bravery, feminism, and self-confidence.

“I have come to believe that in order to thrive,” said Sotomayor in her memoir My Beloved World, “a child must have at least one adult in her life who shows her unconditional love, respect, and confidence.”

This Sesame Street video can be a great way to introduce your students to Sonia Sotomayor’s work.

Sylvia Mendez was born to Puerto Rican and Mexican parents in 1936. From a young age, she was bright and had a strong appreciation for education. However, because of her Hispanic background, she was denied enrollment to a school that only accepted white children.

Her parents fought against this injustice in the landmark case Mendez vs. Westminster in 1947. After winning the lawsuit, all schools in California were desegregated and Mendez has continued as an activist for every child’s right to education.

When Tim Ramsay asked his fifth-grade students what Silvia Mendez meant to them, He received this heartfelt response:

Dolores Huerta grew up with a feminist mother and activist father who taught her the importance of fighting for what she believed in. She was passionate about protesting the mistreatment of farm workers and, in 1965, helped organize the Delano grape strike and boycott with Cesar Chavez.

She also founded United Farm Workers, a labor union which continues to protect the rights of US farm workers. In recognition of her civil rights accomplishments, she became the first Hispanic woman inducted into the National Women’s Hall of Fame.

Sylvia Rivera was a transgender woman who fought for the rights of LGBTQ+ people in the late twentieth-century. In 1969, she became one of the leading voices of the Stonewall Riots, a series of protests in response to anti-LGBTQ violence.

Rivera went on to co-found STAR, an organization which supported homeless transgender youth, and the Gay Liberation Front. She continued this work until her death in 2002 from liver cancer.

“We have to be visible,” Rivera said. “We should not be ashamed of who we are.”

Roberto Clemente was not only the first Hispanic baseball player to be inducted into the Baseball Hall of Fame, but he was also an activist and community leader. As an athlete that many children looked up to, he believed he could use his career to make a difference in many people’s lives.

“They said you’d really have to be something to be like Babe Ruth,” said Clemente. “But Babe Ruth was an American player. What we needed was a Puerto Rican player they could say that about, someone to look up to and try to equal.”

Clemente’s service extended far beyond his baseball career. He was passionate about helping children and often held free baseball clinics for low-income Puerto Rican children. He also was often involved in charity work such as natural disaster relief.

Although Clemente died on a plane trip to provide relief for earthquake survivors, he is remembered as a role model for many—especially the Puerto Rican children he served.

Did you know that supporting your children’s learning from home can help them develop better reading skills later on?[1] Plus, studies have shown this to

ADHD in the Classroom: How to Support Students with Attention-Deficit/Hyperactivity Disorder

A survey of educators found that most feel they don’t have enough information and classroom management strategies for students with attention-deficit/hyperactivity disorder (ADHD).[2] Because children

Teachers, September 15 is the beginning of National Hispanic Heritage Month! It’s always important to make sure your curriculum includes a variety of history, culture, 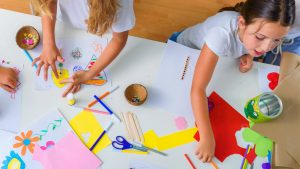 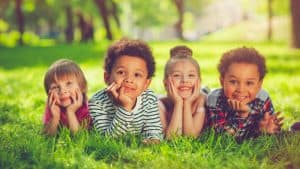