The 74: “How an Online Personalized Preschool Experiment Could Change the Way Rural America Does Early Education”

Garfield County, Utah, is about 5,200 square miles, and has just about as many people.

Among its nine schools is Escalante School, which enrolls roughly 75 children from kindergarten through sixth grade. This year, eight of its future students are enrolled in Waterford UPSTART, an online personalized learning preschool program that children complete from home.

This is the beginning of a recent article by The 74, a nonprofit, nonpartisan national news organization covering K-12 education. The article goes on to cover how our Waterford UPSTART program is helping to reach children in rural areas who might not otherwise have access to resources to help prepare them for school.

In Utah, where Waterford UPSTART has served nearly 45,000 children, 44 percent of the state’s school districts are considered rural. One hundred percent of those districts are included in a federally-funded research study aimed at preparing rural children for school.

About one-third of all U.S. public schools are located in rural areas, and they collectively enroll some 12 million students, or or about one-quarter of the total public school population, according to the National Center for Education Statistics.

A study of rural education, published earlier this year by the U.S. Department of Agriculture’s Economic Research Service, highlights some of the unique challenges and trends affecting rural Americans. Findings include that:

These education disparities start early. When children have high-quality preschool, research shows they are more likely to graduate from high school, go on to college, and succeed in their careers than those who have not attended.

Across the country, enrollment of 4-year-olds in state-funded preschool has more than doubled over the past 15 years from 14 percent to 32 percent, according to the National Institute for Early Education Research’s annual state of preschool yearbook. But those gains are not equally distributed: Many states remain far below average, while others are far above. Seven states offer no state-funded preschool program at all and 8 more states served fewer than five percent of 4-year-olds in 2015-2016. Many of those lagging states are rural: 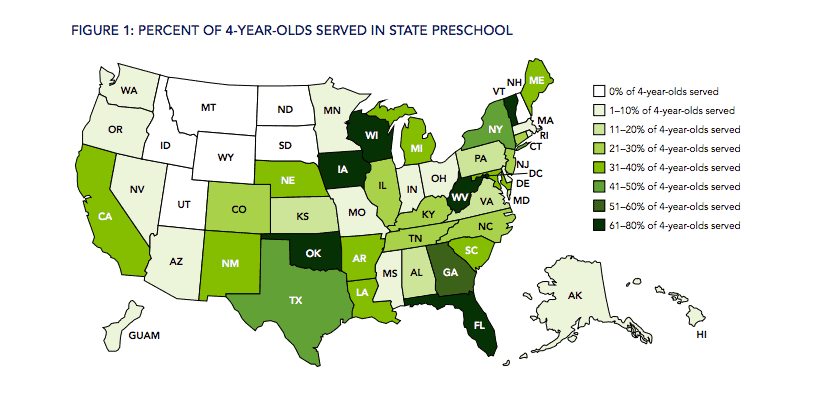 In addition to a lack of programs, rural communities often face additional challenges. A study by the Frederick D. Patterson Research Institute found:

Poverty and remoteness present unique challenges to families with young children in many rural communities, as several of the papers in this monograph point out. Perhaps one of the greatest challenges is the availability of a trained early childhood workforce.

Other challenges detailed include: low wages for childcare providers, transportation, changing demographics and a reluctance to send young children to school.

Not Just a Rural Problem

Of course, access to early education opportunities is not just a rural problem. As The 74 article details, one of our recent Waterford UPSTART pilot partners was the Read by 4th program in Philadelphia.

Philadelphia is, of course, far from the rural setting that has seen much of Waterford UPSTART’s growth. Mayor Jim Kinney in 2016 started a universal preschool initiative to create 6,500 seats over five years, but there aren’t enough seats yet, and they sometimes aren’t convenient for families, said Jenny Bogoni, executive director of the Read by 4th Campaign, a group of Philadelphia nonprofits, churches, and other organizations committed to get children reading on grade level.

“One of the challenges we have here in Philadelphia is that there simply are not enough quality PreK slots for our children to access,” Bogoni said. “And so anytime we can find a resource that fills that gap we’re excited to help make that happen.”

From rural counties to urban centers, we believe one of the powers of technology and Waterford UPSTART is reaching children—wherever they are. Because every child deserves a shot at a successful start. 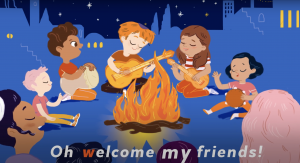 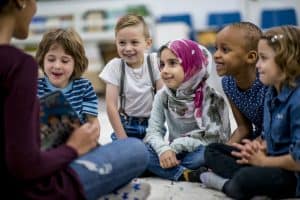