Are you looking for fun family games to pass those long winter nights? Or do you need a printable game for road trips?

These fun trivia game questions for kids are sorted into categories, and they range in difficulty so you have options for preschool-aged kids as well as older children and teens. 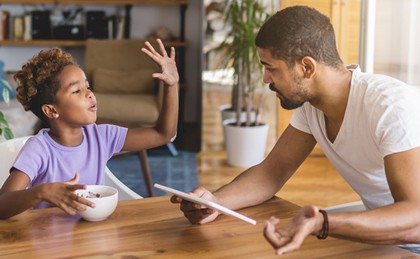 2. Q: What’s the name of the building where people can borrow books or hear stories?
A: The library. (Then, ask your children, “What’s your favorite part about the library?”)

4. Q: Can you sing the alphabet?
A: (Let your children sing the ABC song here.)

5. Q: Letters that aren’t vowels are called what?
A: Consonants.

6. Q: A word or sentence that reads the same backward or forward (like: “Madam, I’m Adam”) is called what?
A: A Palindrome.

7. Q: How long should you wash your hands with soap and water to get rid of germs?
A: 20 seconds. Plus, share this tip for your little ones! If you don’t have a watch, you can time it by singing the alphabet song or the “Happy Birthday” song to yourself as you wash.

8. Q: True or false:You can boost your immune system by getting enough sleep at night.
A: True! Along with eating healthy and getting plenty of exercise, sleeping can help your body’s immune system.

10. Q: Which of these does your skin not do?
1) Protects you against germs
2) Keeps you warm or cools you down
3) Helps you feel things
4) Helps you hear
A: 4. Helps you hear. Your skin does many great things, like protecting your body from germs, but you can’t hear through it.

11. Q: Can you see germs with the naked eye?
A: Nope. Germs are so tiny that you can’t see them without a microscope.

13. Q: How many bones are in the human body?
A: A grown-up human has 206 bones in their body. But kids have more! Newborns start with 300 bones and some join together as they grow.

15. Q: Where are the smallest muscles in the human body?
A: In the ear.

16. Q: What is the hardest substance in the human body?
A: Tooth enamel. So brush up to keep it that way!

18. Q: What’s the only land mammal that can’t jump?
A: The elephant. They’re just too big.

19. Q: What’s the only mammal that can fly?
A: Bats. Other mammals can glide, and humans can fly in airplanes, but only bats fly on their own. 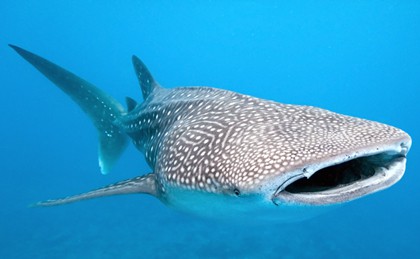 21. Q: I’m an owl. I’m nocturnal. That means I’m most active at: night or day?
A: Night. Animals that are most active in the day are called diurnal.

22. Q: A duck-billed platypus is a mammal, but it’s different from other mammals because of how it has its babies. Why is it so unique?
A: It lays eggs.

23. Q: What do you call a mammal whose babies grow up in their mommy’s pouch?
A: A marsupial.

24. Q: What are rhinoceros horns made out of?
A: Hair (or, as scientists call it, keratin).

25. Q: What fish lives in both freshwater and saltwater, and returns to the river they were born in to lay their eggs again?
A: Salmon.

28. Q: What is the only species of bird that can fly backward?
A: A hummingbird.

29. Q: True or false: Gorillas are so big, strong, and tough that they must be fierce meat-eaters.
A: False. Gorillas are gentle and are mostly vegetarians (though sometimes they eat bugs).

32. Q: What animal has fingerprints nearly identical to humans?
A: The koala. Sometimes koala fingerprints have confused police at crime scenes.

33. Q: What is the capital of the United States of America?
A: Washington, D.C.

34. Q: Is earth the only planet with life?
A: So far, it’s the only one we know has life. But scientists suspect other planets may have life on them—so we’re looking!

35. Q: On what continent will you find the south pole?
A: Antarctica. 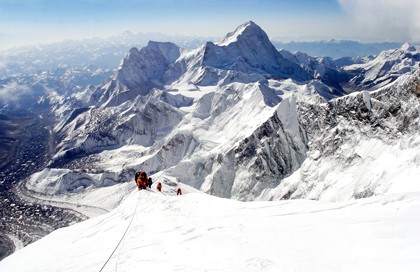 A: Mount Everest, which is in Tibet. It is 29,035 feet tall. That’s about as high as jet airplanes fly. To people in Tibet, it’s always been known as Chomolungma.

37. Q: What country has the most people living in it?
A: China is home to more than 1.39 billion people.

38. Q: What continent are the Andes Mountains on?
A: South America. (Bonus question: Can you find South America on a map?)

39. Q: What country is also an entire continent?
A: Australia.

41. Q: Where are the most species found on earth: The rainforest, the sea, or the savanna?
A: The sea. Most species are found near underwater coral reefs.

44. Q: What’s the largest state in the United States of America?
A: Alaska.

45. Q: What’s the smallest state in the United States of America?
A: Rhode Island.

49. Q: Can you drink ocean water?
A: No. Even though most of the earth is covered in oceans, drinking saltwater in them can make people sick.

50. Q: What’s the largest turtle in the world?
A: The leatherback sea turtle. It lives in the ocean and can grow up to 2,000 pounds! 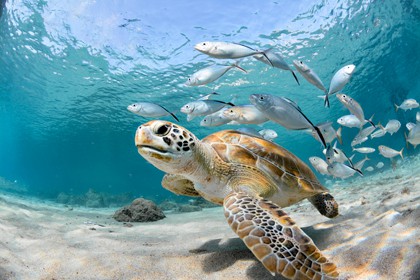 51. Q: What country is the world’s biggest coral reef near?
A: The Great Barrier Reef is off the coast of Australia.

53. Q: What’s the deepest part of the ocean named?
A: The Challenger Deep in the Mariana Trench is more than 35,827 feet deep. That’s almost 7 miles under water!

56. Q: What do we use to measure temperature?
A: A thermometer.

57. Q: What tool do we use to measure the weight of something?
A: A scale.

58. Q: What gas do plants absorb from the air?
A: Carbon dioxide.

59. Q: What gas do plants release back out into the air?
A: Oxygen.

61. Q: Earth’s surface is made of big slabs of rock that move around. These are called ______ plates.
A: Tectonic plates.

62. Q: Which scientist is best known for the equation E=mc2?
A: Albert Einstein. 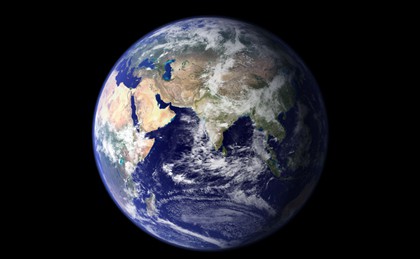 65. Q: What’s bigger, the sun or the moon?
A: The sun. They only look the same size to us on Earth because the sun is so much farther away.

69. Q: Does the moon make its own light?
A: No. Moonlight is actually sunlight reflected off the moon’s surface.

70. Q: What planet is farthest from the sun?
A: Neptune. If someone said Pluto, they would have been right until 2006, when scientists decided Pluto is only a dwarf planet.

71. Q: What was the first human-made object to orbit the Earth?
A: A small satellite called Sputnik was blasted into Earth’s orbit in 1957. It stayed in orbit for several months.

72. Q: November 2, 2000, was the last time all humans were together on Earth. Since then, someone has always been living above the Earth on what orbiting home?
A: The International Space Station. People have been living in it continuously since late 2000.

74. Q: What’s the Milky Way?
A: The Milky Way is our home galaxy. A galaxy is a big group of stars, gas, and dust. In some places far from city lights, you can see the edge of the Milky Way at night. It looks like a band of clouds across the sky.

75. Q: The first person in space was from what country?
A: The Soviet Union (or modern-day Russia). 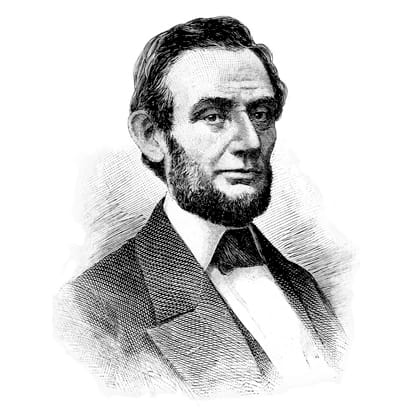 76. Q: Who was the first president of the United States?
A: George Washington.

80. Q: What people built the Great Pyramids?
A: The Egyptians.

81. Q: Alexander Graham Bell invented what?
A: The telephone.

83. Q: What is the name of the Black woman who refused to give up her bus seat, leading to the Civil Rights movement in America?
A: Rosa Parks.

84. Q: Where did the first Olympic Games of the modern era take place?
A: Greece.

85. Q: Alfred Nobel started the Nobel Peace Prize. What explosive did he invent before that?
A: Nobel invented dynamite.

86. Q: Abraham Lincoln was not only a great president but also a champion athlete in what sport?
A: Wrestling. Lincoln had a 299-1 record in wrestling and is the only president in the National Wrestling Hall of Fame.

88: Q. Johannes Gutenberg made it possible for everyday people to own books by inventing what?
A: The printing press. 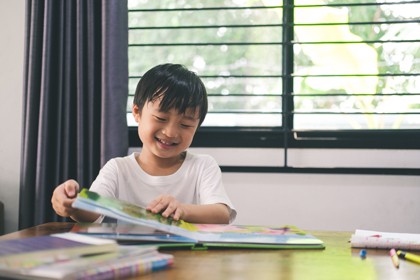 90. Q: Who is Curious George’s human friend?
A: The Man in the Yellow Hat.

92. Q: Which fictional wizard is known as “The Boy Who Lived”?
A: Harry Potter.

93. Q: Which author wrote “Charlie and the Chocolate Factory?”
A: Roald Dahl.

94. Q: Which author wrote about Ramona Quimby, among other famous characters, and lived to be 104 years old?
A: Beverly Cleary.

95. Q: Leroy Brown is a young detective who solves mysteries. What’s his nickname?
A: Encyclopedia Brown.

96. Q: Paddington Bear was originally from which country?
A: Peru.

98. Q: Which musical instrument has black keys, white keys, and pedals?
A: Piano.

99. Q: Does a piano have more black keys or more white keys?
A: White keys.

100. Q: When we sing the alphabet song, the tune is the same as what famous lullaby?
A: “Twinkle Twinkle, Little Star.”

Make Your Own Trivia Questions About Your Family

Now, get to know each other better. Have each family member think of interesting things about themselves for trivia questions. Take turns asking questions and having family members guess the answers.