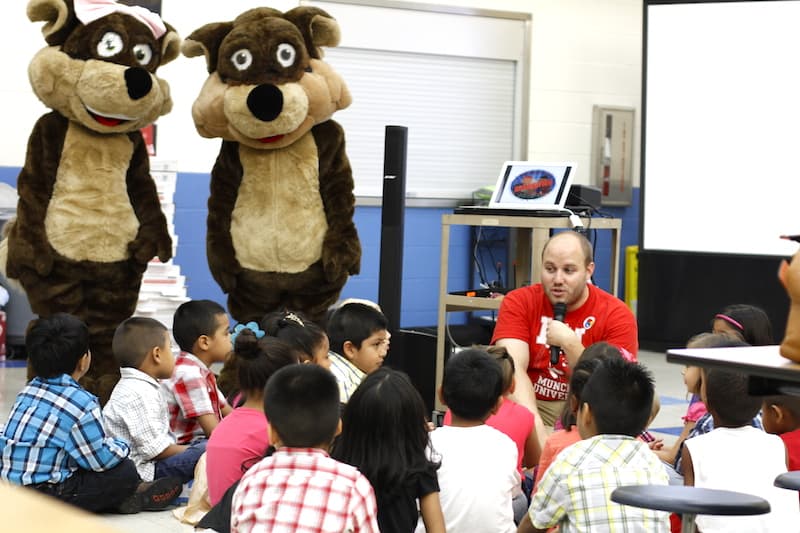 Lamar Consolidated Independent School District (CISD) in Texas has used Waterford Early Learning for 17 years to help children build early language and reading skills, as well as basic math and science skills. Over the years, the program aimed at English Language Learners (ELL) has expanded to include most students as well as a before- and after-school reading and language comprehension tutoring program.

Background
Lamar CISD is a public school district that covers about 380 square miles near the Houston—Sugar Land metropolitan area. The district has a high number of ELL students from various backgrounds–a population expected to continue to increase as the area grows in size and diversity.

“While in the past we were predominantly Spanish-speaking with our second language, we’re seeing more diversity as Houston and the outskirts continue to grow,” said Mandy Bryan, a technology development specialist at Lamar CISD. “Students are immersed in English in school, but many speak a variety of other languages.”

Challenges and Needs
English and non-English speaking students enter early grades with an already staggering disparity in vocabulary gaps and reading skill levels. In general, ELL students are at an even greater disadvantage within a primarily English-speaking school system. Needs grow even more complex for children with special needs who are also learning English.

Solution
Lamar CISD received a grant 17 years ago to use Waterford Early Learning as a supplement for ELL students in preK, kindergarten and first grade. Over time, they have expanded its uses to meet ELL and English-speaking students’ needs.

“It’s pretty much a guarantee that our ELL learners will use Waterford, but we’ve chosen to not make that a stipulation,” Bryan said. “Some teachers want their entire class to use it, while others just want their struggling students to use the program.”

One example of Lamar CISD’s innovative uses of Waterford is to include before- and after-school tutoring, as well as in-class supplementation. In class, students use Waterford curriculum on average two to three times a week for about 15 minutes a day. However, there is variation according to teachers’ plans and students’ needs.

Before- and after-school tutoring is at its most efficient at Taylor Ray Elementary School. Before school, ELL students use Waterford in the computer lab. These same students are also weaned out of classroom lessons in Spanish and eventually participate in lessons taught only in English. 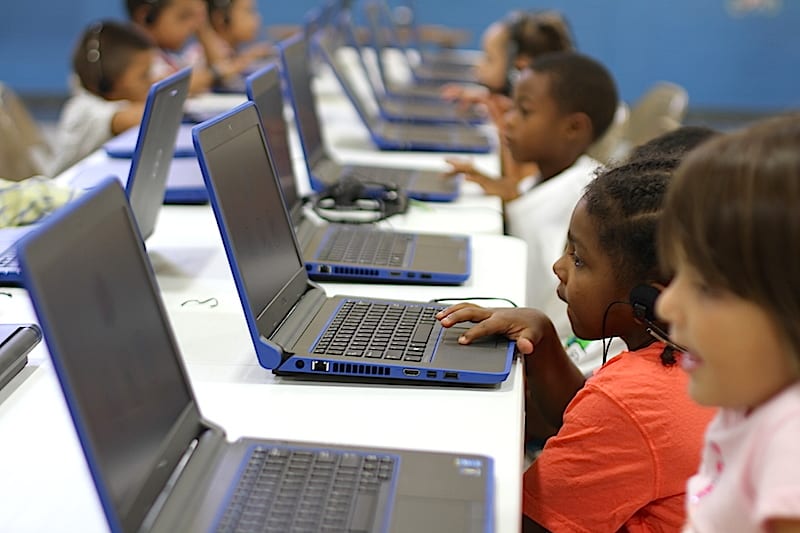 “There were a couple of students here last year in kindergarten who would only speak in Spanish, and I don’t speak Spanish myself,” said Stephanie Nidiffer, computer lab teacher at Taylor Ray Elementary. “But this year, starting in the second semester, they’re talking more in English and they’re doing a lot better overall.”

Taylor Ray Elementary also has after-school tutoring for students who depart at a later time. Students are not likely to read independently for a long period in a gym, and the idleness can be counterproductive. Of course, the school wanted to make the best use of that time and decided to open the computer lab for Waterford tutoring and free play with the adaptive learning software.

Results
For students in Lamar CISD, Waterford Early Learning is the program of choice to lay the foundation for learning and pave the way for future success and increased knowledge. Using Waterford as a tool to help ELL students has been a success.

Jennifer Wagner, a second-grade teacher in the district, said, “I had a student move here from Greece this year. She was reading at a kindergarten level so I put her on Waterford right away, every day–sometimes twice a day–as a tutorial. She’s now reading at a second-grade level.” In addition, Wagner’s student regularly receives scores in the 90s and has caught up to be usually at or above the level of her fellow classmates.

As an intervention and alternative tutoring tool, Waterford has also proven successful.

Marisa Bienek, a first-grade teacher, used it to help a student understand money. “Money is a hard concept for kids to learn, and there was one student who was having a hard time,” Bienek said. “I put him on Waterford, and a few weeks later he could count pennies and dimes. He understood the concept.”

Bienek says it keeps her students engaged and helps them to see how everything they learn is connected. “It also helps students associate words and the English language and become more aware of their surroundings and vocabulary in class,” she added.

Lab teacher Nidiffer says the before- and after-school tutoring helps those who use it catch up with the other students. The students using the tutoring have significantly more access to the Waterford program than others, and it’s showing. Their gains are higher and they’re moving further along in the program.