How often do you take time to hold and hug your child?

Although these little moments seem simple and insignificant, they do a lot more for your child’s development than you might realize. Physical affection, like hugs, are probably the simplest way to connect and promote health in those you love. In fact, physical touch—holding hands, pats on the back, and hugs—can help your child grow to be healthier, happier, smarter, and more connected to those around them.

January 21st is National Hugging Day, and there are a lot of good reasons to embrace the day. In short, physical touch not only helps children feel safe and loved, it is crucial for their health and development.

The Science Behind Physical Touch and Why It Matters

Before we get into the benefits of physical touch, let’s quickly go over the science behind it.

Believe it or not, your skin is your body’s largest organ! It acts as a defense against the external world. Plus, your body picks up sensory data from your skin to share with your brain. When your brain processes positive touch, it releases a hormone called oxytocin (better known as the “love hormone”) as well as endorphins which create feelings of happiness [1]. 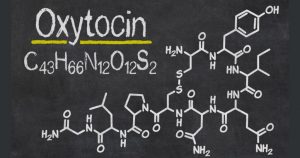 Together, these hormones help build trust, speed physical healing, boost positive emotions, calm the nervous system, create feelings of safety, and provide tons of benefits to both the hugger and hug-ee.

So, even if you child’s primary love language is not physical touch, it is still important to incorporate this type of attention into a child’s life, as they allow. Every child is different and will have different needs and comfort levels. As you make positive touch an intentional part of your day, always pay attention to your child’s reaction. Don’t force it. The benefits we talk about here can only happen when your interaction with your child is positive, loving, and comfortable.

To understand the impact, learn how physical touch can help your child progress to be healthy, strong, active and emotionally aware.

The power of touch goes beyond helping parents and children bond. Much evidence points to its importance in child development. Physical touch can help your child in the following ways:

A baby’s first experience with the world occurs through touch. In fact, babies develop a sense of touch in the womb as early as 16 weeks. This sense is essential to a child’s growth in physical abilities, language, cognitive skills, and emotional empathy. Touch not only impacts short-term development during early childhood, it has long-term effects into adulthood. In short, a child needs physical touch to grow to their fullest potential. 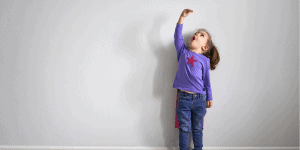 When children are deprived of physical contact, their bodies stop growing, regardless of nutritional intake! When this happens their bodies suffer from “failure-to-thrive,” which is a growth deficiency. This deficiency can be improved with nurturing touch and the release of oxytocin. As oxytocin is increased, several growth hormones are increased as well​. [2,3,4,5]

Believe it or not, physical touch makes your kids smarter!

Researchers at the Washington University School of Medicine found that children who were showered with love by their mothers during the early years have a larger hippocampus, the key part of the brain that is vital for learning, memory, and response to stress.[6] 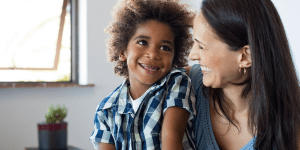 Although this doesn’t go as far as directly connecting touch and higher IQ levels, it is worth understanding that providing children with physical care can do improve learning and mental development.

It’s been shown that children and adults alike who are under stress are more susceptible to viruses like the common cold.

In fact, researchers from Carnegie Mellon University set out to determine whether social support, such as hugging, might protect against such infections.[7] It turns out their hypothesis was right!

Among 404 adults, those who had greater social support and more frequent hugs during conflicts were less likely to “catch” a cold after they were exposed to the virus. The hugs, researchers said, were responsible for about one-third of the protective effect.

So, do you want a healthy kid? Give ‘em some love!

Touch is our first sense to develop, and it remains emotionally central throughout our lives. Touch plays a role in developing emotional attachments and empathy, as well.

Empathy is the ability to imagine how someone else is feeling in a particular situation and respond with care. This is a complex skill to develop, but physical touch plays a big part in this emotional intelligence skill. One study, published in 2018, showed that touch can be used as a tool for communicating empathy, resulting in an analgesic, painkilling effect.[7] 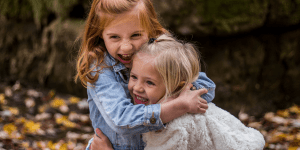 On the other hand, if a child is not introduced to positive touch early in life, it can lead to all kinds of emotional problems and lack of development of empathy throughout their lives.

If you want to raise an emotionally aware child, be sure to introduce care and physical touch to help them develop empathy, human connection, and emotional recognition.

Think about it—after a long hard day at work, you want a hug, right? Well, like adults, children need and seek out the emotional healing components of positive touch.

There are numerous studies that show the surprising psychological value of human touch.  A 2013 study from UCLA found that unconditional love and affection from a parent can make children emotionally happier and less anxious.[9]

Hugging and positive touch increases levels of dopamine and serotonin, which can boost your mood and relieve symptoms of depression. In fact, a study out of the University of Notre Dame showed that children who receive affection from their parents were happier as adults. [10] 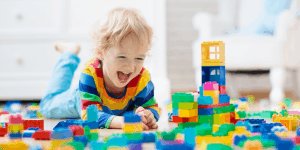 In a survey of over 600 adults, those who reported receiving more affection in childhood displayed less depression and anxiety and were more compassionate overall. Those who reported less affection struggled with mental health, tended to be more upset in social situations, and were less able to relate to other people’s perspectives.

So, if you want to help your child’s lifelong happiness, provide a hug every so often!

Believe it or not, a hug is a great way to tangibly show human connection and improve self worth!

The positive physical touch we give our children helps to reassure them that they are loved and develops in them a sense of self-confidence and a positive mindset. These associations of self-worth and boosted confidence stay with them into adulthood.

As a whole, hugging your children helps to provide a safe place for them when things get tough and builds up their ability to love themselves for who they are. According to Child Trends – the leading nonprofit research organization in the United States focused on improving the lives and prospects of children, youth, and their families – science supports the idea that “warmth and affection expressed by parents to their children results in life-long positive outcomes for those children.” [11] Higher self-esteem and fewer psychological and behavior problems have been linked to this type of affection.

Touch can also act as a calming agent to increase endorphin levels that lower heart rate and blood pressure, and it also releases both serotonin and dopamine in the brain. These are “happy” neurotransmitters that produce a feeling of calm within our nervous system.

So, the bottom line is this: regular hugs with those closest to you, even if brief, can have especially positive effects on your brain and body—and theirs!

And be sure to celebrate #NationalHuggingDay on January 21st! Never miss an opportunity to improve the life of your child, one hug at a time!

For more information on how you can use more positive physical touch in your home, look to our additional resources! 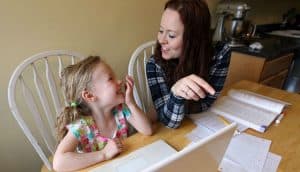 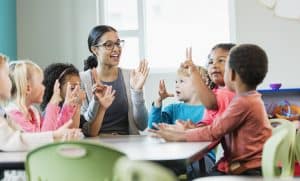