Next week, the National Conference of State Legislatures (NCSL) will hold its annual NCSL Capitol Forum in Coronado, California. At the conference, state legislators and staff will be meeting to assess important state and federal issues. One of the key items on the agenda is an update on the continuing discussion around the U.S. education system and how to solve critical challenges that educators face in preparing students for a rapidly changing and highly competitive world.

What comes after “No Time to Lose?”

Last year, the NCSL released a pivotal report, No Time to Lose, which makes a strong case for the urgency of rebuilding state education systems. You will remember that results for U.S. students on the 2013 Programme for International Student Assessment (PISA) survey—which measures the proficiency of 15-year-olds in industrialized countries in reading, mathematics, and science—were alarming. Students in the U.S. are falling behind in a number of international assessments as well as on our own National Assessment of Educational Progress, leaving the United States increasingly unprepared to compete in a 21st century global economy.

In the aftermath of the 2013 PISA results, officers of NCSL’s Standing Committee on Education launched an 18-month study of high-performing countries to identify what policies and practices led to higher achievement, and what insights the U.S. and individual states might gain from their success. The outcome of that study was the No Time to Lose report, which is sobering in its analysis of the problem, yet hopeful in identifying potential solutions that can reverse the trend.

The stakes are high. The U.S. workforce, widely regarded as the best in the world just several decades ago, is now one of the least educated among industrialized nations. If this trend continues, we will be hard pressed to compete economically, even against developing nations, and our children and grandchildren will struggle to find jobs in an increasingly technology-based global economy.

The No Time to Lose report identifies a number of common elements shared by world-class education systems around the world—one of which is a strong early childhood education system. Based on that insight, the NCSL partnered with the Heising-Simons Foundation in August 2016 to form the State Policy and Research for Early Education (SPREE) Working Group.

This group, which includes early childhood education researchers and advocates, state legislators, and legislative staff, was tasked with developing a bipartisan framework that could guide state education policymakers as they work to develop effective early learning programs. The SPREE Working Group has spent the past year developing this framework, and will present at next week’s NCSL Capitol Forum in a session called, “States Transforming Early Education: Findings from NCSL’s State Policy and Research for Early Education Working Group.”

The SPREE report will be pivotal as it will undoubtedly lay out the importance of early learning in the development of healthy and successful learners as well as suggest recommendations for adjusting policies and approaches to current early childhood education.

Education researchers have known for years that the time from birth through age eight is crucial to a child’s development and well-being. Yet despite this awareness, state funding for early childhood education is limited and inconsistent, with some states adopting universal pre-kindergarten (PreK) programs and others earmarking no funding at all. As a result, much of the burden of preparing three- and four-year-olds for kindergarten is falling to families.

Parents are utilizing a number of options for managing the learning of their PreK children, including formal school programs offered locally, private preschool options, PreK programs sponsored by religious organizations, and informal home-based efforts overseen by parents or others close to the family. Obviously, a patchwork of this kind will create a wide range of disparity in PreK preparation. Nevertheless, all five-year-olds are expected to be prepared to learn the moment they enter kindergarten.

So how might we expect the SPREE group to address this situation? Most likely their findings will focus on two major areas:

Stay tuned—over the next several weeks, we will follow up on this important story with detailed posts on the proceedings of the NCLS Capitol Forum, the SPREE presentation, and what all of this means for the future of early childhood education in the U.S.

Juneteenth, celebrated annually on June 19, commemorates a second day of independence in the United States—two years after the Emancipation Proclamation was issued by Abraham 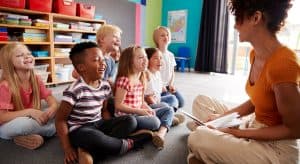 The Simple View of Reading: What You Need to Know

Understanding the science of how children learn to read is a necessary component for creating well-rounded classroom instruction. Cognitive psychologists, neuroscientists, and education experts have

How Young Is Too Young to Learn to Read?

The key to lasting success in school is teaching academic skills as soon as a child is ready to learn. But how do we know 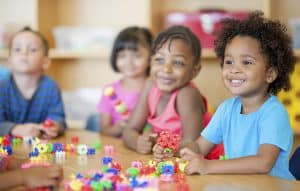 How to Prepare Your Child for Kindergarten